French or International Baccalaureate: what to choose?

August 27, 2020 By latelier_anphu No CommentsPosted in Education, Exams

Choosing the right school environment for your children is not easy.

Should you pick public or private education? Does your child require special attention? What are the educational methods of the Reggio Emilia / Montessori type worth? What place should be given to the teaching of foreign languages? And many other questions are at the center of the concerns of all parents.

However, another question is added to those preceding ones when it comes to parents living abroad: Should you move towards international education or adopt the French model?

For a good number of nationalities, this question does not really arise, not having, unlike the French model, establishments located abroad.

In order to enlighten you, we will come back in this article to the advantages and disadvantages of the French Baccalaureate and the International Baccalaureate.

What is a International French High School?

Bearing the name of EEFE (French educational establishments abroad), international French high schools are approved by the French Ministry of National Education and managed by the Agency for French Education Abroad (AEFE). These can be public or private, but all are in contract with the French state.

These establishments allow many French expatriates to educate their children in a setting similar to that of the metropolis. The courses given are mainly in French, and respect their national school curriculum. These establishments are exceptions, in that they escape the rules governing the educational system of the host country.

Their history dates back several centuries, since it was in 1689 that the first such school opened in Berlin. Other illustrious destinations followed, such as Pondicherry in 1826, and most of the existing French high schools abroad were built after the Second World War. Today, there are around 530 such establishments, spread across 140 countries around the world, representing the impressive number of 375,000 students, of whom about a third are French.

What is the IB system?

More recent than the French international system, since it was founded in 1968, the IB is headquartered in Geneva, at the center of international institutions.

Like the French system mentioned above, the IB course is independent of national systems and can therefore also integrate specific programs.

The IB system generally welcomes a more varied population and has a larger network than the French one. Indeed, no less than 5,000 establishments around the world are IB accredited, for more than 1,000,000 students.

But beware ! An IB system is not necessarily an English system! Indeed, two other languages can be found around the world: French and Spanish.

In the case of Vietnam, however, IB programs are mainly delivered in Anglo-Saxon establishments. 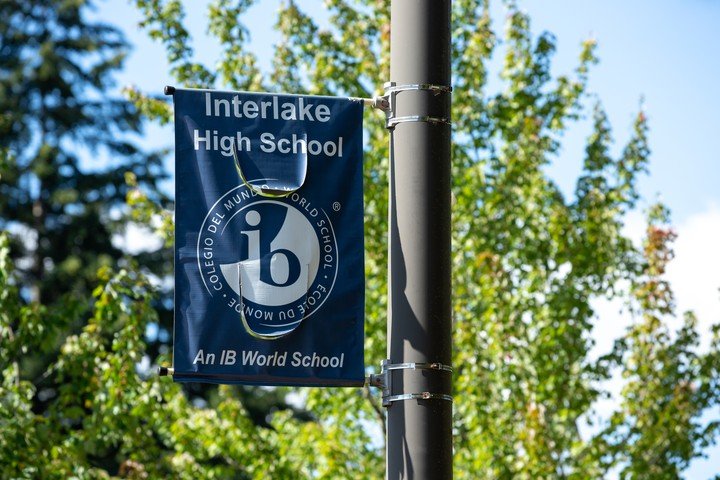 Where the French system operates by streams (Scientific, Literary, Economic and Social), the IB program is based on 6 thematic groups: Languages and literature, Acquisition of modern languages, Individuals and societies, Sciences, Mathematics and Art.

In each of these categories, several course choices are available. It is then up to the pupil to choose one discipline per category. Note that where in France a student will do a “TPE” (Supervised Personal Work), an IB student will have to write a memoi. The IB program is also more open to society, since the students are committed to having roles of a charitable nature, and to setting up extracurricular projects. Finally, it lasts 2 years, and is accessible to students aged 16 to 19.

The question of costs: Advantage to the French system

If we take the case of Vietnam, and as discussed in our article “The international schools of D2“, it appears that there is a world between the cost of a French high school and that of an Anglo-Saxon establishment.

With the particularity of being approved by the French state, international French high schools have public funding of around 40%. This form of subsidy is one of the avatars of French-style Soft Power, which allows students from all around the world to access an education identical (more or less) to that provided in France, marked by its history and its values.

On the other hand, and unlike the Lycées Français Internationaux system, an IB establishment will not be systematically assisted financially by a State. According to the IB organization, however, half of these establishments are (without specifying how high this participation is).

Consequently, thanks to this state funding, the cost of a French-style education is much more interesting than that of an IB. Ranging from approximately € 2,000 to € 8,000 / year, and between € 5,000 and € 6,000 per year in the case of LFI Marguerite Duras (depending on whether your child is French or Vietnamese / other), these costs seem derisory if we compare them with those of establishments such as ISHCMC, the British School, AIS or many others, where you can except yearly fees from a dozen to thirty thousand dollars.

Naturally, these establishment have more favorable locations or better equipment than their French counterparts, but the latter are however far from being to be pitied. 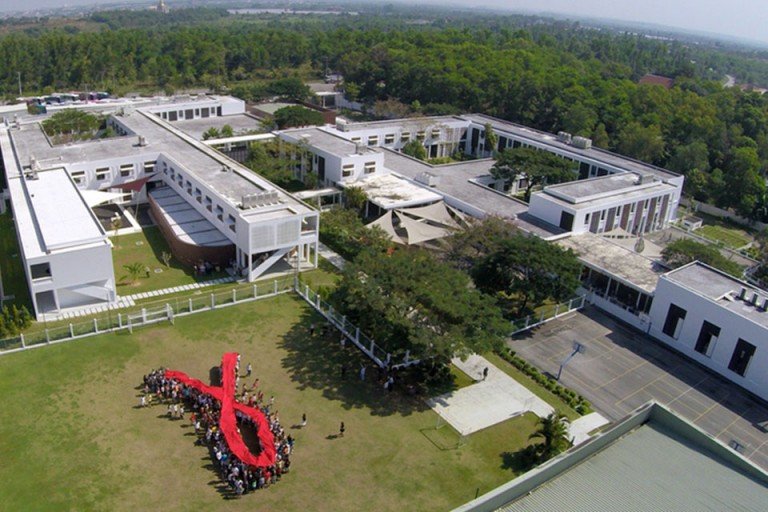 Finally, it should be noted that within the framework of the French Lycées, it is possible to apply for a grant for French families with limited means. In the case of the Lycée Français International Marguerite Duras, this request is made to the consular services of Ho Chi Minh City.

Careers and Post-Bac studies: Advantage to the IB system

While the French baccalaureate does not suffer from a bad image internationally, it is nevertheless sometimes unrecognized, so your choice will depend on the wishes of your children for their future university.

If they want to study in France, there is no doubt that a French baccalaureate will be preferred, as it gets more recognition and uses similar teaching methods.

However, in France, the International Baccalaureate is recognized as a private secondary school leaving certificate, and can therefore replace the French Baccalaureate without too many problems.

However, it is not automatically integrated into the Parcours Sup system, which dictates the orientation of students in France. To join Parcours Sup after an IB, you will need to make a DAP, a Prior Access Request (More info here).

In the case of the French “Grandes Ecoles”, however, having an IB diploma can be an advantage, institutions such as Sciences Po or HEC favoring them over the “classic” bac.

In the event that your child wishes to go to higher education in a country other than France, the IB system will be preferred.

It will indeed be easier for your child to meet the language requirements in English set by international universities around the world after having completed an IB in English.

This is all the more valid if your child is a particularly good student. If he outclasses his peers in his IB scores, his file will be more visible than that of a French bachelor who obtained a “very good” mention, which will be less meaningful for non-French establishments.

Finally, in certain cases, notably in the United States, the equivalences are more favorable for the IB compared to the French baccalaureate, making it possible to shorten the duration of studies, which will considerably reduce expenses. Indeed, studies in the U.S.A being particularly expensive, perhaps it is worthwhile to opt for an IB which, initially will be more expensive than a French education, but may subsequently allow savings. We urge you to check with American universities to find out more.

The question of social capital: equality

While the educational setting, structures, and men and women in a school are key to your child’s education, the students themselves are an integral part of their learning. Friends and peers influence your child, and making sure that he or she grows in a supportive environment is no luxury.

It’s no secret that the majority of expatriates benefit from privileged positions. Senior civil servants (diplomats to name a few), executives of prestigious companies, successful entrepreneurs, expatriate parents and their children have high social capital.

Because of the often prohibitive costs for the local populations (if not again for the elites), French and international high schools are populated by students mostly from privileged social backgrounds. 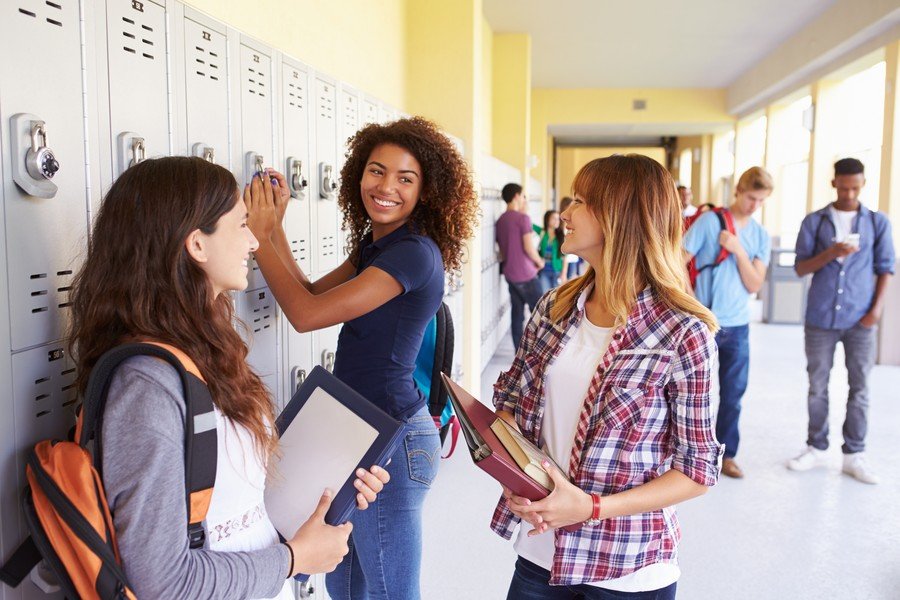 In either case, IB or French Baccalaureate International, your child will grow up with friends of various nationalities, which will be an opportunity to have a good overview of the different cultures of the world.

Teaching philosophy: the choice is yours!

This is where the real heart of the debate between the French formula and IB lies: the learning approach.

Indeed, if they have common points (compulsory learning of a second language, choice of a course or subjects by the pupil), basically, these two courses also have a notable difference in philosophy.

Regarding the French Baccalaureate, the main strengths are:

With a general year of “Seconde”, French Baccalauréat students are made aware of a large number of subjects (a dozen) from which they will make a choice in “Première”. There are more compulsory disciplines in the French system, therefore “forcing” a certain curiosity. The presence for all of Philosophy at the Baccalaureate is one of the most commented markers.

The literary program is also richer, and History / Geography is of greater importance. Naturally, most of this general culture is French, even if the programs partly open up to other horizons.

The French system is based on the central role of the teacher as a vector of knowledge, as well as on a large number of tests to continuously assess students, where in the IB system, the relationship with the teacher seems more free and less rigid.

If this will not correspond to all, the French system and its requirements allow a solid preparation for the future entrance exams to the grandes écoles (where there are sometimes general culture tests), to the rhythms and to the discipline (sometimes military) of preparatory classes and other fields of excellence.

The essays and argued comments are extremely common, and the spirit of analysis, criticism and synthesis are at the pinnacle, which gives a certain advantage in written expression to the French system. No doubt the richness and complexity of French grammar also explains that situation.

As for the International Baccalaureate, its most praised fundamental principles are:

Students in the IB system are more inclined to take up activities outside of school for two main reasons.

The first is the timetables. Rather than finishing their lessons at 5 or 6 p.m., IB students are more readily released around 3 p.m., which leaves a good part of the afternoon to explore activities related or not to the school, and makes it easier to take a “break” from school than for students in the French system, even if IB students are not exempt from homework.

The second is the IB’s desire to integrate or actively promote these extra-curricular activities, notably through the presence of numerous clubs, often run by the pupils themselves. These are all opportunities to learn differently and make friends with the same interests, but also to take responsibility.

This is one of the corollaries of the previous point. The IB approach is less “theoretical” and more “practical” than what the French method can be. Personal projects are encouraged and even expected, and community activities are privileged within the course.

Furthermore, due to its intrinsic history, the IB system has been designed to be able to adapt better to different cultures. This is particularly suitable for those we call the “Third World Kids”, whose 2 parents do not have the same origin, and who often live in a third country, whereas the French baccalaureate is based exclusively on French software. French software to which students must adapt (and not the other way around!). Education is generally more focused on planetary and upcoming issues, where the French system is based on a certain tradition (which has also proven its worth, that being said).

At l’Atelier An Phu, we prepare students in Ho Chi Minh City for French school exams in the following cases: